An integrated logistics system designed to respond to changes in the bathroom furnishing market, with faster times and greater efficiency.

A growing business has to adapt to the needs of a changing market, to know how to interpret transformations with foresight, and seize on opportunities rather than difficulties. At Fima, we are well aware that innovation doesn’t stop with products. That, in order to maintain excellence on the market, you have to think about business processes in an integrated manner. Everything that happens in the company must be managed with the aim of satisfying those who sell or buy a FIMA fitting. On the basis of these considerations, the FIMA LOGISTIC project came to life two years ago.

BATHROOM FURNISHINGS: EVER MORE THE PROTAGONISTS IN A CHANGING MARKET 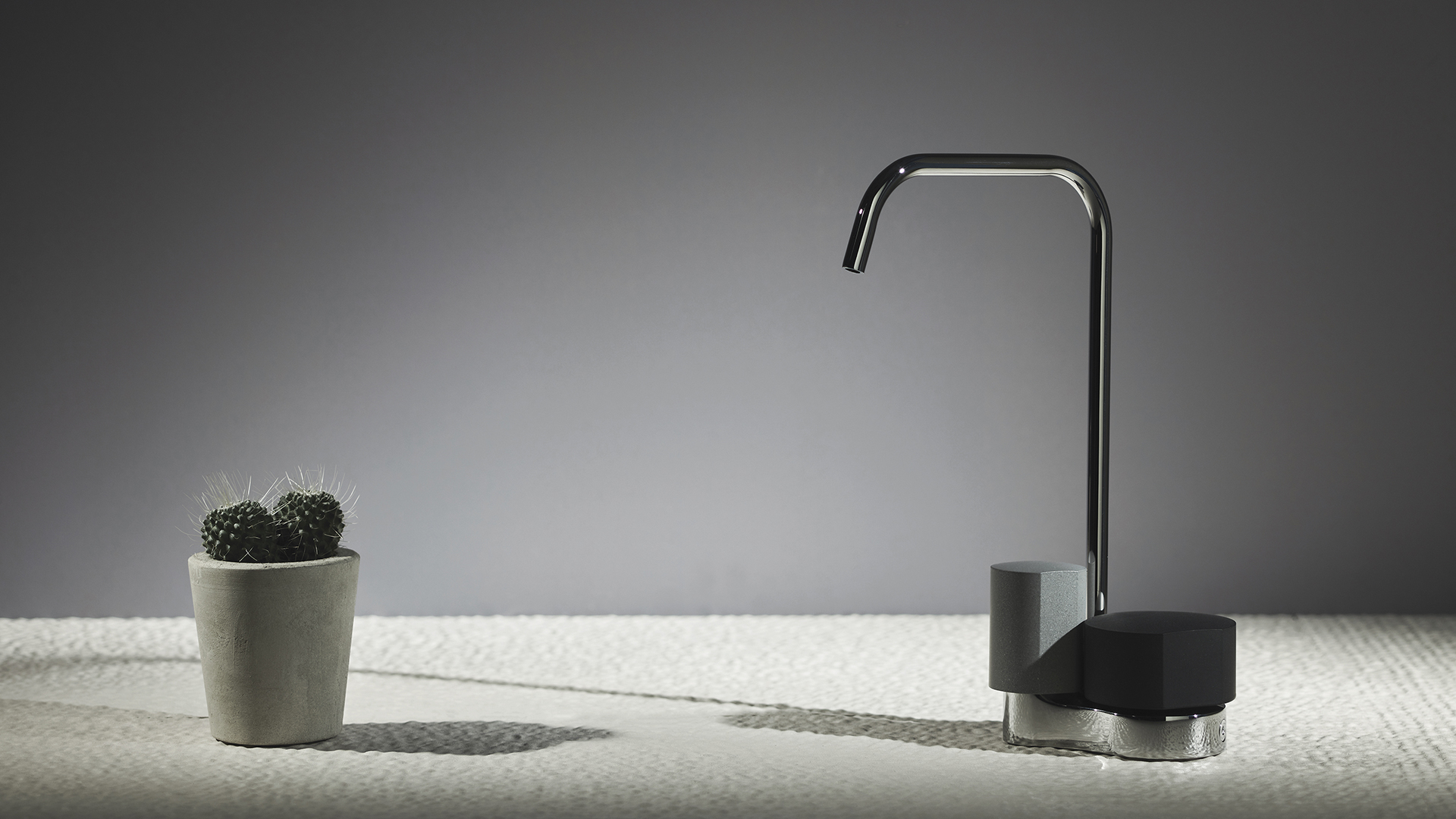 In the last 5 years, the bathroom furnishings market has been completely transformed. Especially in the medium to high-end segment that is closely tied to design and emerging trends, such as that of Fima. Customers are now looking for more and more customizable and custom-made products. They are attentive not only to form and functionality, but also to the choice of colours and finishes that have exponentially expanded catalogue possibilities. An example is Fima’s SO collection, whose washbasin model alone has almost 1000 customization combinations, with its various options for handles, finishes and build materials. Not to mention the possible matching spouts. Since Fima exports to as many as 85 different countries, various national standards and regulations have led to the development of new products and product variants specific to each country. This has happened for both Australian and American markets, but also increasingly happens in the European market, and not only for contract projects. The result of such factors has been a proliferation of finished products and components which have progressively affected the company logistics system. To maintain the same excellent service that Fima has always been committed to providing, the company’s logistics and production chain system, therefore, had to be completely rethought. And this gave rise to an ambitious industrial automation project. Which we called FIMA LOGISTIC.

LEAN PRODUCTION & CLEAR GOALS: TO BE ABLE TO SHIP ORDERS IN 48 HOURS 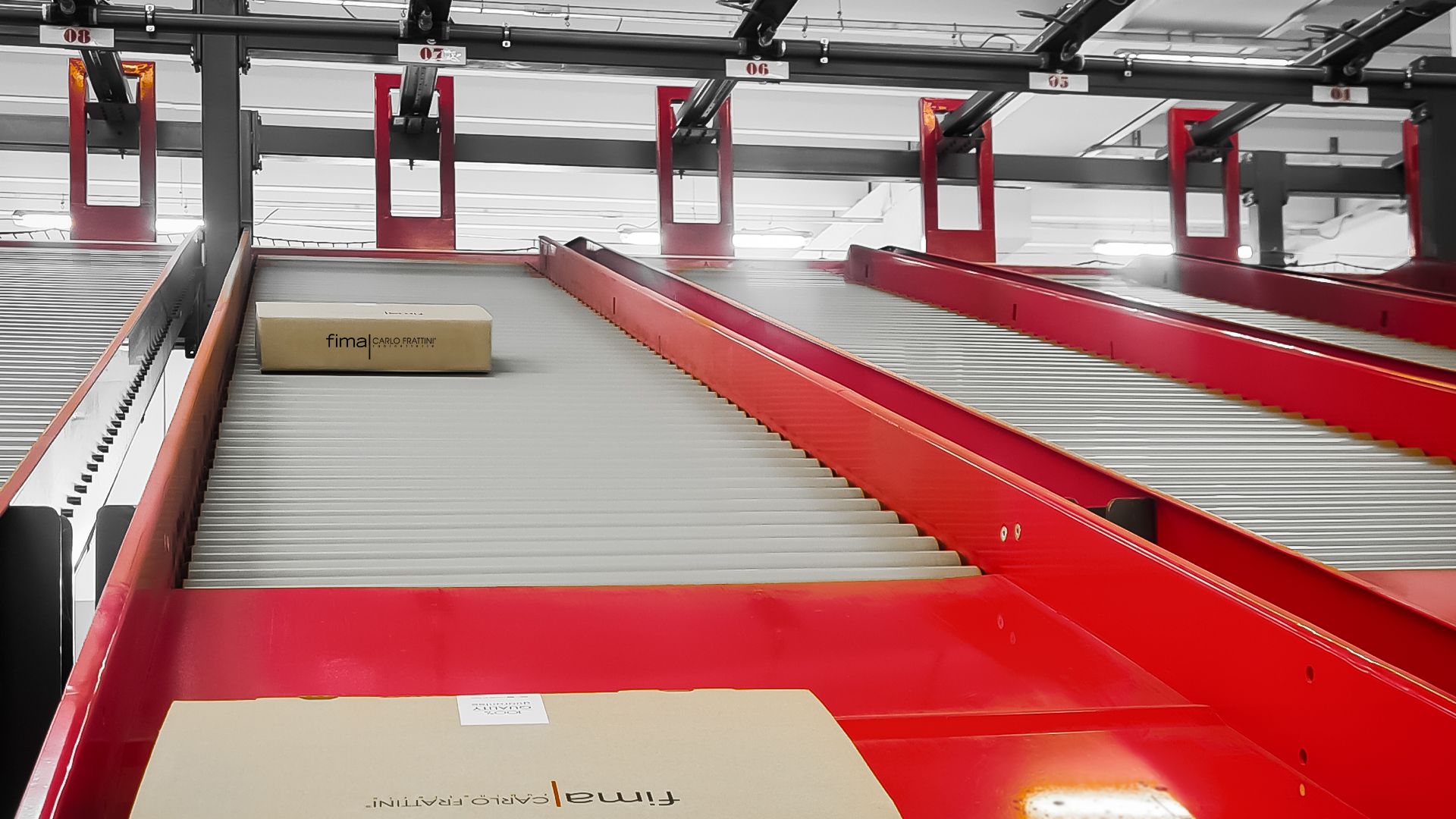 Fima’s production is organized between two production plants, not far from each other, in the Province of Novara, Italy. The main protagonist of the overall automation project is the production plant FIMA 1, which takes care of product assembly, packaging and shipments. With the support of specialists from the logistics world, and by looking at best practices in lean production, an in-depth study was conducted on materials flows, consumption and the emerging demands of the market. This took in account the growth in orders, number of items and their complexity, accompanying the strong growth of the company itself. It was calculated that the company now handles over 8.000.000 components every year, growing at the rate of 4.000

new items per year. In the face of the overall growth, a forward-looking project with significant investments were, therefore, needed to maintain the same high quality standards and customer service excellence. The goals of the project were clear from the beginning: certain and rapid production times, with the capacity to ship catalogue products within 48 hours from ordering, regardless of the particularity or complexity of the items and the order size. The solution chosen to achieve such goals constituted a real revolution in Fima’s logistics and production system, so much so that, today, the company is a leading example of the philosophy of Industry 4.0.

The FIMA LOGISTIC project demanded the reorganization of all production cells, with the insertion of two new automated vertical warehouses, an AGV system for the transport of components and finished products between the various departments, and the introduction of a SORTER for the automated preparation of shipping orders. The VERTICAL WAREHOUSE is an automatic warehouse with closed trays, for the management of all components and small parts for finishing. It allows for the organization, management and protection of items from dust, light and accidental movements, quick picking and constant inventory monitoring. At its side is a double-deep MINILOAD WAREHOUSE capable of optimizing the storage and removal of over 12,000 component boxes. The warehouse is equipped with a lift stacker that can handle over 200 picks per hour, and a loading-unloading buffer that facilitates partial picking. Once picked and gathered together, the various components then reach the production cells for assembly. An Automated Guided Vehicle (AGV) system transports the finished products directly to the shipping department. AGVs are robots equipped with sensors and cameras, capable of recognizing obstacles and people, and optimizing paths around the department. The AGVs automatically load, transport and unload the finished products on the sorter according to the logic of priority, urgency and process optimization. The shipping department is also highly automated, thanks to its SORTER, with motorized belts and roller conveyors, that manages the packages, recognizing the items and dynamically allocating them to the order they belong to. The system sorts and divides the packages until each order is completed, notifying the operator when the goods are ready to be shipped to the end customer. And, therefore, with the advanced FIMA LOGISTIC system, not even 48 hours pass from the order placement.

>>WATCH THE VIDEO  on FIMA LOGISTIC